Today marks the beginning of the last week of the church year.  Next Sunday will be the beginning of the New Year, the First Sunday of Advent.  Advent is a time that we set apart to wait for the arrival of the King of Kings, the Christ Child.  The last Sunday of the church year is called Christ the King Sunday.  The truth is that Jesus was King, is King, and will always be King.

In verses 2-3, the Psalmist goes on to say that because God is our refuge and strength. We do not live in fear, even if the world is changing around us.  The world is constantly changing and evolving.  New islands are being created in the oceans through volcanic activity. Hurricanes with the tidal surges reshape the seashores.  Droughts dry up rivers and tributaries.  Snow storms bury parts of the country and the world.  Glaciers recede.  Hot springs bubble.  The world is constantly changing and evolving.

Just as there are changes in the created world, there are changes in the governments of the world.  Nations rise and fall as it says in verse 6.  The ancient empires of the past have all crumpled and are no more.  Roman, Egyptian, Greek, Philistine, once mighty empires are no more.  Their ruins are all that remains.  The once mighty kings and rulers have all gone to the grave.  Their power and authority with them as well.

In verses 4-7, The Psalmist recognizes this fact and states that only God and His reign will last forever.  Why do we put so much stock on what these people have to say?  Why do we let them influence us?  We need to be concerned about what God says.  We need to let God influence us.  We need to stop thinking temporally, instead we need to think eternally.  Who is the King of Kings?  Who is the Great Am I?  Who is the Lord of Lords?  Who is the one that was willing to die for each one of us to save us from our sins?  The answer to all of these is Jesus.

When you think of Jesus what labels come to your mind?  Shepherd, Savior, Prince of Peace, Lord.  These are all excellent labels for Jesus.  But how about “King?”

I believe that we do not like the label of “King” for Jesus, because of the demand that Jesus puts on us.  We are His subjects.  We are His servants.  Jesus, after having washed the disciples’ feet at the last supper, put on His robe and sat down at the table with them.  He said in John 13:12-17.  We are the hands and feet of Jesus in this world.

One day, Jesus’ kingdom will be established on earth as it is in heaven.  Until that day comes, Jesus’ kingdom is in the hearts of each one of His believers.  Let us surrender our lives to Him, He is the King.  We should celebrate Christ the King not just one day, but every day.  Amen. 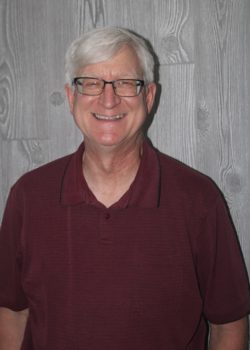